By:
r
Rattusnorvegicus
Chicago Public Library
Community-created list
“The 10 pillars of fascism are: ..number one, a mythic past, a great mythic past which the leader harkens back…Number two, propaganda. There’s a certain kind of fascist propaganda where everything is inverted. The news is the fake news. Anti-corruption is corruption….So, three, anti-intellectualism. As Steve Bannon said, it’s emotion—rage gets people to the polls. We got elected on “Lock her up!” and “Build the wall!” Hitler, in Mein Kampf, says you want your propaganda to appeal to the most—to the least educated people…Number four, unreality. You have to smash truth. So, reason gets replaced by conspiracy theories...Hierarchy. In fascist politics, the dominant group is better than everyone else...Victimhood. In fascism, the dominant group are the greatest victims. The men are the greatest victims of encroaching feminism. Whites are the greatest victims of blacks. Germans are the greatest victims of Jews….Law and order. What are they victims of? They’re victims of the out group, who are criminals. What kind of criminals are they? They’re rapists. Sexual anxiety….Pillar nine is Sodom and Gomorrah. The real values come from the heartland. The people in the city are decadent…pillar 10 is ”Arbeit macht frei“—work shall make you free. The out group is lazy. They’re not just criminals; they’re lazy… It’s all about winning.”
By:
r
Rattusnorvegicus
Chicago Public Library
23 items
23 items

How Fascism Works
The Politics of Us and Them
by Stanley, Jason

The Mass Psychology of Fascism
by Reich, Wilhelm

Add to My For Later Shelf On my shelf

The Anatomy of Fascism
by Paxton, Robert O.

Fascism
A History
by Eatwell, Roger

The Birth of Fascist Ideology
From Cultural Rebellion to Political Revolution
by Sternhell, Zeev

Varieties of Fascism
Doctrines of Revolution in the Twentieth Century
by Weber, Eugen

Add to My For Later Shelf On my shelf

Fighting Fascism
How to Struggle and How to Win : Clara Zetkin
Paperback - 2017

On Tyranny
Twenty Lessons From the Twentieth Century
by Snyder, Timothy

The Road to Unfreedom
Russia, Europe, America
by Snyder, Timothy

Deaths of Despair and the Future of Capitalism
by Case, Anne

Twilight of Democracy
The Seductive Lure of Authoritarianism
by Applebaum, Anne

How Dictatorships Work
Power, Personalization, and Collapse
by Geddes, Barbara

The Mass Psychology of Fascism
by Reich, Wilhelm 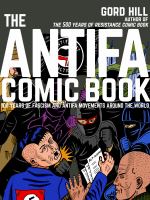 The Antifa Comic Book
100 Years of Fascism and Antifa Movements
by Hill, Gord