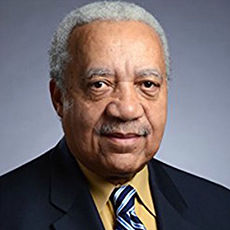 Reed's study covers the first hundred years of African American settlement and achievements in the Windy City, encompassing a range of activities and events that span the antebellum, Civil War, Reconstruction and post-Reconstruction periods. The author takes us from a time when black Chicago provided both workers and soldiers for the Union cause, to the ensuing decades that saw the rise and development of a stratified class structure and growth in employment, politics and culture. Just as the city was transformed in its first century of existence, so were its black inhabitants.

Christopher Robert Reed is professor emeritus of history at Roosevelt University, a Roosevelt alumnus and a native Chicagoan who has matched scholarly interest and civic commitment. His research interests include Chicago history, 19th and 20th century black Chicago history, U.S. Civil War history and urban politics. His scholarship includes numerous essays and books. He is the nation's leading expert and author of six books on the early history of African Americans in Chicago.

Doors to the Reception Hall open at 5 p.m. and seating is first come, first served (80 maximum). Books are available for purchase, and the author will autograph books at the conclusion of the program.